A few years ago I started a blog so that I could share my passion for health and nutrition with the world. My friends and family were getting tired of my preaching, so clearly I had no other choice. 😉

I didn’t start that blog as a hobby. At the time I was working a hectic 9-to-5 job in the entertainment industry in Los Angeles. My youngest child was a toddler and my oldest a teenager so my hobbies consisted of a shower and a hot meal.

I was determined to figure out how to make my blog a business . . . STAT.

In a nutshell, here’s what unfolded:

I know, I know: six figures and passive income is what everyone seems to be after these days. The truth is, I wasn’t seeking out either of those things when I started. My main goal was to eventually replace my day job and be able to work less.

In order to do that, step one was to work a whole heck of a lot more.

This is how I did it:

With 24 hours a day, eight of which went to a day job and another eight for sleeping, I had to get pretty ruthless with the remaining eight. TV time went out the window (except for the occasional full season binge watch of Orange is the New Black). I saw my friends less often. I turned off all notifications on my phone and the only time spent on social media was business related. My personal FB page became a ghost town. I stopped running errands. My one weekend errand day became my “office” day. Anything that could be purchased online was, with extra bonus points for Amazon Subscribe and Save which I could set up and forget. I basically refused to set foot in a grocery store. I bought a deep freezer so I could buy my meat in bulk and signed up for a weekly fruit and vegetable delivery box.  I like to say that I built my business 15 minutes at a time.

I started fleshing out ideas for blog posts right away. They were far from perfect. In fact, many were terrible (I cringe when I stumble upon some of those early posts). I got better by writing consistently, even when I was tired or simply didn’t feel like it. When I first started, I had no idea how to “blog,” what WordPress was, how to install Google Analytics or what the heck SEO stood for. I kept writing anyway, and figured out what I needed to along the way.

Step 3 – I invested in learning.

I invested (both time and money) in learning each step of the way. Despite having a 4-year business degree, I had zero clue about online marketing, building an email list, or just about anything else. So I bought books and online courses to teach me so I could minimize mistakes and pulling my hair out.

A few of them were a waste of time and money, but most were incredibly valuable and significantly sped up my learning curve. Relying on Google and trial and error were the costliest “investments” I made.

Step 4 –  I outsourced early and often.

I only had about ten hours per week to devote to my fledgling business, so it quickly became clear that anything that didn’t absolutely require me had to be done by someone else (not only in my business but in life in general). I found an occasional housekeeper and I hesitantly hired a virtual assistant (VA) for just a few hours per week a couple of months after starting my business. I was worried that 1) I wouldn’t be able to afford her and 2) I wouldn’t have enough work for her. (The latter, in retrospect, is hilarious.)

I reasoned that I had been doing fine without the few bucks that were coming in from my business just a few months earlier so they could easily be reinvested right back into the biz, in order to help scale it more quickly. She paid for herself by the end of her first month (with affiliate income I was earning as a direct result of her efforts) and I quickly became an outsourcing addict. Every time I would do something I would ask myself if it absolutely required me. If it didn’t, I turned on my screen recorder and did it one last time before handing it off to my assistant.  Over time we built out a company wiki which is one of the keys to CEO freedom.

Step 5 – I listened to my audience, and to my gut.

As I was throwing out blog posts like spaghetti on the wall, it quickly became clear what resonated with the tribe I was slowly attracting, as well as what I loved writing about vs. what really felt like a chore. This was key. I knew what my audience was struggling with and I knew what my passions were so I focused on where the two intersected. 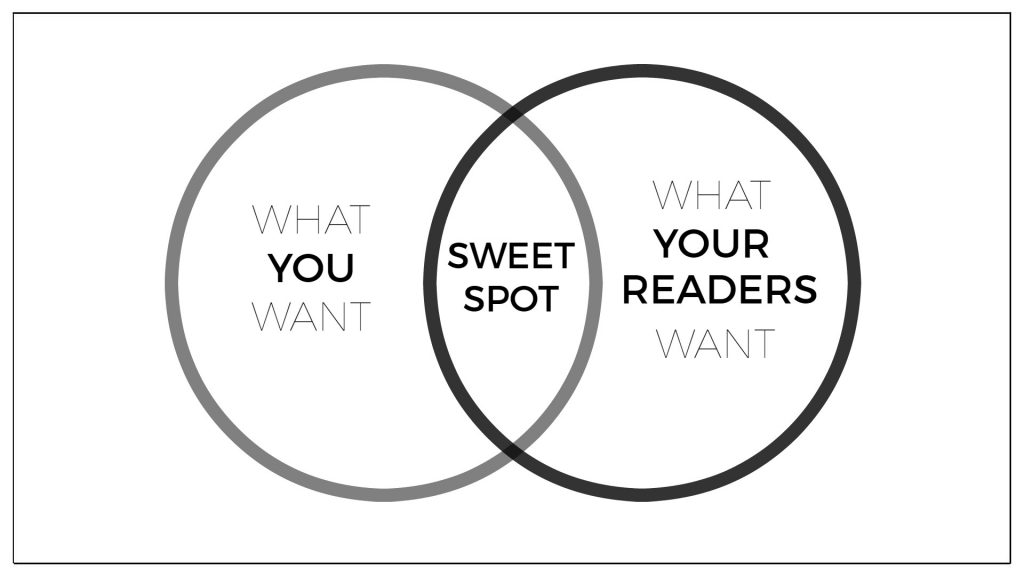 Step 6 – I started “selling” right away.

Not only was it clear to me that this blog was not a hobby and that I wouldn’t be apologetic about making an income from it, but I also made that clear to my audience from day one. There were ads on my site a few weeks into its existence, all of my recipe posts contained affiliate links and I became an affiliate for a few carefully selected eBooks and courses before I had an eBook of my own available for sale.

I learned how to write compelling emails and blog posts with strong calls to action. Six months after starting my blog, despite having a small email list and not a lot of traffic to my site, I released my first eBook and the sales started to trickle in.

I started networking with colleagues online every single day, even just 15-20 minutes in the evening. Some were free FB groups started by other bloggers and a few were private groups for the students of the courses I’d invested in. When I released my first eBook I created an affiliate program and invited my colleagues to promote it.

I raised my hand for just about every guest post request and pitched myself, too. This grew my audience and list, expanded my reach, and ultimately generated sales. A couple of times a year I took the time to attend key conferences in my industry, giving me the opportunity to put faces to names and deepen the relationships I’d started online. If I was invited to speak on an online summit, I said yes.

Step 8 – I rinsed and repeated.

My first eBook did not, by any stretch of the imagination, catapult me into six-figure territory. But I didn’t ditch the idea of eBooks and go straight to working on video courses or physical products or anything new. I stuck with what I knew and made it better.  Iteration is key to success.

Learning from what I did well and what could be improved helped my second eBook, The Gelatin Secret, to sell like hotcakes. By the time I released it, I had a bigger list and more traffic, my relationships with colleagues and potential affiliates were stronger, and my writing (and copywriting) skills were more refined. Most importantly, I’d learned what my customers wanted and how to give it to them by following Step 5.

Step 9 – I invested in my products.

When I say eBook, the first thought that comes to mind for most people (maybe it did for you too?) is a crappy $2 Kindle book that gets churned out in a weekend. That’s not what I’m talking about at all. I’m talking about a 160+ page full-color professionally designed PDF with about five pages of references. (Hey, if I’m gonna talk about health it’s gotta be well researched.) In addition to a pro designer, I hired a copywriter and a designer for the sales page and an editor. At this point I had two part time assistants to help me with the project as well. My eBooks sell for $25 on my website, most of which is profit, unless it the sale comes in through an affiliate to which I pay out 50% commission.

OK, so none of that sounds very passive, does it?

Here’s the thing about “passive” income: there’s nothing passive about the creation phase of the product. As you can see, those nine steps involved some serious hustle. But once the eBook is done and you’ve covered the basics of promoting your product in its first few weeks after release, you can continue to receive that leveraged income whether you’re off working on the next eBook, sitting on the beach or sleeping in on Sunday.

And that, my friend, is a beautiful thing.

I’ve since started a second business teaching entrepreneurs to do this very thing, because I’m a serial entrepreneur and it looks like building several businesses is something that runs in my blood. The ideas just keep coming!

If you want to create a passive income product such as an eBook, don’t wait till you have a bigger list, have “all” the internet marketing skills you think you need, or till the kids go to college. Carve out the time, outsource what you can and learn and improve along the way.

It’s unlikely that your first eBook will earn you a down payment on a new house in its first few months. If you calculate your hourly wage on that first project, it’ll probably be pretty paltry. But the thing about passive income and eBooks is that you’re not creating another job for yourself, you’re creating wealth and leveraged income which builds on itself over time.

And that’s the first step to earning more while working less. When I calculate my hourly wage from my eBooks just a couple of years later, it’s quite a bit more than what I pay my lawyer and the sales ain't over…

Got big dreams for your business? Visit my free Facebook group to dive deeper on outsourcing, time management, and other tips to kick your dreams into gear!

I'd love to hear from you! Let me know in the comments: have you ever thought about creating an eBook? What’s stopping you?

4 thoughts on “My Step-by- Step Path to Earning $100,000 in Passive Income While Working Full-Time”