Ebooks vs Traditionally Published Books: Which is Better? - Sylvie McCracken
Skip to content

Ebooks vs Traditionally Published Books- Which Are Better?

Have you ever had “writing a book” on your bucket list?  If so, you probably envisioned walking into a bookstore and seeing your beautiful book on a shelf.  How exciting!

I hate to rain on your bucket list parade but today I’m here to talk about the (major) disadvantages to traditionally publishing a book.

As the creator of a course called Create Passive Income with Ebooks it’s probably no surprise that I recommend eBooks over traditionally published books and of course you can certainly do both but here is why I think you should prioritize ebooks, especially if your goal is to profit from this project.

Ok so I might be a bit of a control freak but if I’m going to pore over an ebook for months I really want to have the final say in what goes in the book (or ebook).  If you traditionally publish, the publisher will most likely have the final say from everything from the cover, to the content, the title, etc.  Of course, there are ways around this with an agent crafting an awesome agreement ahead of time but the most common agreements will give the publisher ultimate control.  I’ve seen clients and colleagues be dissapointed time and time again with cover photos they didn’t like, photographers hired they weren’t thrilled about and brutal editorial cuts.   In some cases, with a little back and forth and some elbow grease from their agent, they were able to iron out several issues but most of the time the end result has been a compromise at best.

If you want a little bit more control, then an ebook you sell directly on your own website is probably the best route for you.

With the traditionally published book the profit is a lot, lot lower, not only because there are middlemen involved (the publisher and perhaps an agent) but because there are additional costs involved in printing the book as there are with any physical product.

With a digital product the costs can be kept to a minium, and the only costs that are percentage based are the credit card or paypal fees and hosting the sales page on your site, both of which are nominal.

The difference in price is a lot more significant than many people realize.  With a traditionally published book you can keep about 8% of the profits vs about 98% of the profits kept with an ebook.

These days, most publishers will expect you to come to the table with a pretty big audience and a loyal following already. They’re not really gonna get that for you. So if you have that already, or if you are building your own audience and your following, wouldn’t you want keep the majority of the proceeds of that hard work yourself?

With a traditional book you need to sell A LOT Of copies to make a decent income; with ebooks, not quire so much.  I’ve had clients with very small list, and very small amount of traffic, and they’ve still made a pretty reasonable income right away from their eBooks. And of course that income increases over time as they grow their audience.

I don’t know about you, but I’m pretty impatient and I don’t want it to take 5 years to make a decent income from the hard work that I’m doing right now. So with an ebook you have quite a bit more speed. You can create it relatively quickly and you can put it up for sale relatively quickly as well. I recommend making quality of content a high priority so don’t rush it and try to churn it out in a week but there’s no reason it needs to take a year to get it finished as it often does with a traditionally published one.

So, are there any advantages to traditionally publishing a book?

Sure! There’s still some prestige associated by being a New York Times (or other prominent list) bestseller or even just having a publisher behind your work.

It also might give your mom something to boast to her friends about.  With the right idea, publisher and agent on your team, you might even be able to get more reach than you would on your own.

Regardless I would make sure that if you traditionally publish a book that you see it as an (expensive) business card for your other products and services as opposed to expecting to make a great income from it.

If you’re writing a book for the profits, hands down a pdf ebook sold on your site is the way to go.

To learn more about how you can create passive income with ebooks, download my cheat sheet with the 6 steps here.

I’d love to hear from you! Leave me a comment below and share this article with your friends! 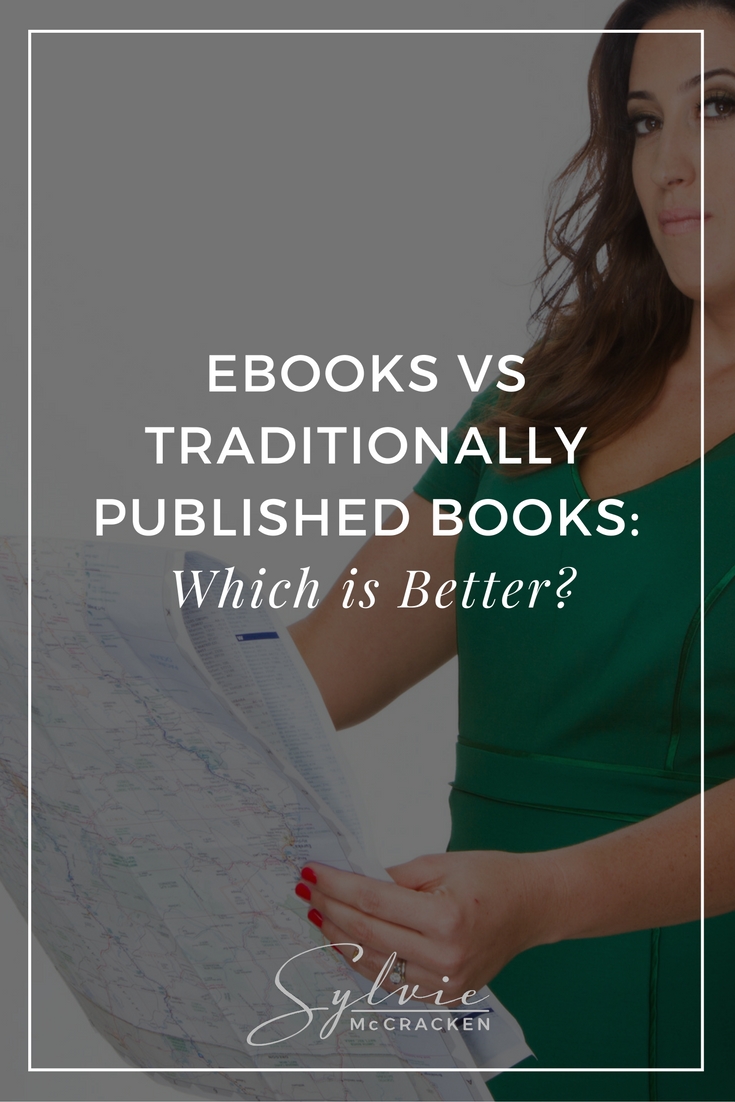 7 thoughts on “Ebooks vs Traditionally Published Books: Which is Better?”